Skip to Content
Home | Parenting | Gender Stereotypes in Children’s Toys: Are They Harming Our Kids?

Everywhere we look we see gender stereotypes in children’s toys. A pink princess or blue superhero version of each toy sometimes seems to be everywhere. Even before I had my own children I could not believe how ridiculously blue and macho the boy isles were and how overwhelmingly pink and cutesy the girl isles were. I wanted to know what happened to all the gender-neutral primary colors that I had grown up with. Why did we need a pink and purple version or a princess version of a toy we had all been perfectly happy with before. It feels like toys are becoming increasingly girly or boyish. I don’t like it for many reasons including that it is bad for the environment and good for corporate America. The toy companies make more money off families buying the same toy for their daughters and sons in 2 different versions instead of them just sharing. There are more toys being manufactured and more toys being thrown away. The extra waste is bad for our earth and to me, just unnecessary. My question is though, are the princess and superhero versions of everything really hurting our little ones?

(Some of the links in this post may be affiliate links and as an Amazon Associate, I earn from qualifying purchases. This means if you click on the link and purchase the item, I will receive a commission at no extra cost to you. All opinions remain my own.)

Are Gender-Specific Versions of Toys Bad for Our Kids?

So we know the trend in gendered toys are bad for our mother earth but are they bad for our children? The short answer is no, pink and blue toys aren’t hurting our kids. It is unnecessary, wasteful, and kind of silly but as long as no one is telling our girls and boys that they have to play with one or the other it isn’t harmful. It is better when they are not presented as boy toys and girl toys though. No boy should feel like they are playing with a girl toy because it is pink. Toys and colors should not be assigned gender. Kids should feel free to play with the toy that appeals to them without anyone reading any further into it!!! My daughter’s favorite color is blue and she is fine with pink and purple but would always prefer the blue version of something. That shouldn’t mean that I am buying her the boy toy, just the blue toy!!

What is Harmful Then?

The gender stereotypes in toys are what is bad. It is harmful when the firefighter, doctor and building toys are presented to boys and our girls are presented with vacuums and play makeup. I am not implying that is always the case but when I did a search for girls costumes I came up with an entire page of princesses with a few superhero girls thrown in. When I searched for boy costumes I finally got police officers, doctors, firefighters, explorers, presidents, astronauts, soldiers, and dinosaurs, with some superheroes thrown in.

A mother recently tweeted her heartbreak when her 3-year-old daughter told her that she couldn’t be a doctor because she was a girl. It is 2019 and children are still getting messages everywhere that girls are not as good or equal to boys. Boys get shirts that say adventurer while girls get shirts that say cute. Girl toys are nurturing and about appearances while boy toys are about strength and violence.

Advertising can be harmful as well. If we only see girl pictures on cleaning toys and boy pictures on building toys then children start to believe that housework is for girls and STEM jobs are for boys. I read about how a study exposed children to advertising images that showed the opposite sex playing with a toy that was typically for the other gender and how the children were more open to the toy than they were when seeing the opposite images. Children pick up on the smallest details and sometimes they hold onto the stereotypes they are seeing in the media as truth.

The Studies- Is It Bad for Children to be Limited to Their Own Gender Toys?

When I looked for studies on the topic I didn’t find a huge amount of data. I did find that when studies have been done children did not necessarily pick the toy that belonged to their own gender. Gender-neutral toys were still popular.

I read an interview on naeyc.org with Judith Elaine Blakemore who is a professor of psychology and associate dean of Arts and Sciences for Faculty Development at Indiana University−Purdue University in Fort Wayne, Indiana. Her primary research interest is the development of gender roles. When asked about her study she told of how they took over 100 toys and categorized them into six categories. They were either (1) strongly feminine, (2) moderately feminine, (3) neutral, (5) moderately masculine, and (6) strongly masculine. They were rated according to their characteristics. They considered boys’ toys to be related to fighting or aggression. Girls’ toys tended to be related to appearance.

Professor Blakemore said, “We found that girls’ toys were associated with physical attractiveness, nurturing, and domestic skill, whereas boys’ toys were rated as violent, competitive, exciting, and somewhat dangerous. The toys rated as most likely to be educational and to develop children’s physical, cognitive, artistic, and other skills were typically categorized as neutral or moderately masculine. We concluded that strongly gender-typed toys appear to be less supportive of optimal development than neutral or moderately gender-typed toys.”

The message she believes we should take away from this is that “If you want to develop children’s physical, cognitive, academic, musical, and artistic skills, toys that are not strongly gender-typed are more likely to do this.”

You can read the whole interview here.

I also read through a rather long study here that also concluded that we should expose children to a variety of toys. They found that playing with traditionally female stereotyped toys brought out more complex play behaviors in boys and girls. Kitchen sets, phones, and dolls are beneficial to all children. They also found that more than half of the toys that kept girls most interested were gender-neutral toys.

What Can We Learn from This?

Strongly gender-typed toys tend to encourage attributes that we don’t want to see in our children. For boys, this might be violence and aggression. For girls, it would be a focus on attractiveness and appearance. Toys that are considered slightly masculine tend to have an emphasis on spatial skills, STEM, building, and problem-solving which are critical skills for both boys and girls. Slightly feminine toys that are nurturing and teach emotions, caring for baby dolls and household play are very positive qualities for all children as well. Also, Professor Blakemore pointed out that moderately masculine toys encourage children’s physical, cognitive, academic, musical, and artistic skills more so than moderately feminine ones, so limiting our girls to only feminine gender toys would be a big disadvantage to them.

What Do We Do at Our house?

I found the information from Professor Blakemore extremely interesting because I think it is exactly what we do at our house. We avoid toys that are strongly feminine (emphasis on beauty & attractiveness) and strongly masculine (violence & aggressiveness). Neither fosters the behavior we want. We focus on toys that foster the behavior we want. We have the playroom filled with gender-neutral toys in primary colors that are STEAM-based & toys that improve fine motor skills, hand-eye coordination, spatial awareness, problem-solving such as Mega Bloks & table, LEGOS

. We have music toys

and arts, crafts, coloring, and drawing supplies. We have toys that encourage movement and outdoor play. We love our blue balance bike

and sometimes LJ likes to wear her spiderman helmet even indoors!!

such as mop, broom & vacuum

for creative play, baby dolls for nurturing, and dress-up clothes. We do not ever imply that these items are for girls only though!! I want my girls to believe that boys can clean and cook and parent equally at home! We also have dress-up clothes that are superheroes

, tutus, police. and a doctor kit.

(mixed in with Daniel Tiger’s family

and some My Little Ponies) and lots of matchbox cars. We have a ride on truck for physical activity & gross motor skills, tool set & bench with lots of nuts and bolts

for building, imagination & creativity, toy dinosaurs for cooperation and sharing as well as learning all about each one.

I love that my daughters are young enough that no one has tainted them yet. They play with everything and as far as I am aware, have no idea that people would consider some of their toys to be boy toys. I have exposed them to all different toys and they play with them all equally. I wish we could keep it that way but I am sure at some point someone will plant that seed and I will have to work to let them know that all toys are for all kids. Just as all careers are just as much an option for women as men. Limiting their toys makes them believe that there are limits on what they can be someday and I don’t want that idea to enter their minds!!

How Else Can We Encourage Gender Neutrality in Toys?
Teach Boys that Girls are Strong!

One way to change this way of thinking in kids is to teach boys that girls are equal. Some boys are shamed for wanting to do anything girly. They are taught that dolls are for girls and being nurturing and showing emotion is weak and for girls. Then they are told they shouldn’t do those things. That is giving them the message that girls are weaker and girl things are bad which then equals girls are bad. Read one man’s view as a boy who looked up to female role models here. This has definitely started improving, I see many loving, kind, nurturing fathers that are fine with seeing their son playing dolls while wearing a tutu!! But the stereotype is still alive and well too often. This results in adult men who still believe they are better than women. The more we encourage boys to play with slightly feminine toys the more we will raise nurturing, kind boys and the more we encourage our girls to play with slightly masculine toys the more we will raise girls that will be pioneers in STEAM careers! I believe that if we stop labeling our toys by gender it would be beneficial to all our children.

When I could find them, I included links only to the actual toys that we have here at home if anyone is thinking of trying something different out for their kids. Click here to see them all! Also, check out my Toy Online Shop for all kinds of awesome gender-less toys your kids will love!

I would love to hear your opinions on the subject. Let’s hear what your girls’ favorite toys are? Do you think that exposing them to traditionally boy toys is beneficial? Do you buy your girls the princess or pink version of toys? Let me know in the comments!

Early Potty Training for Girls – How to Make it Simple & Fun!!!

What I Learned About the Importance of Routines for Young Kids 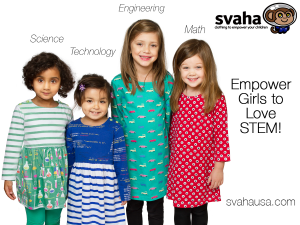 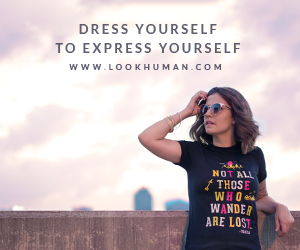 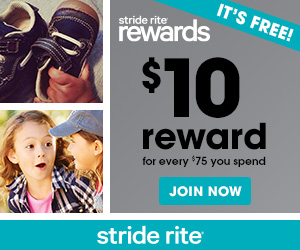 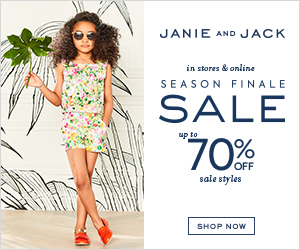 Tea Collection Back to School 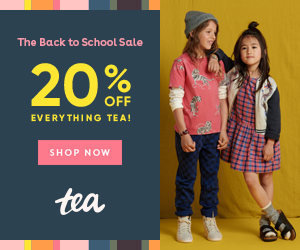 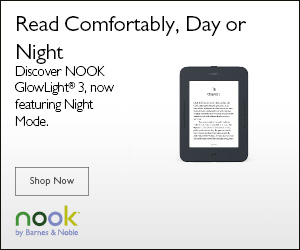 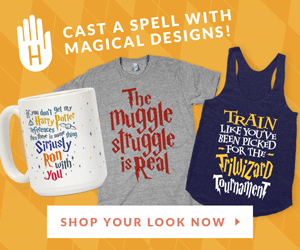 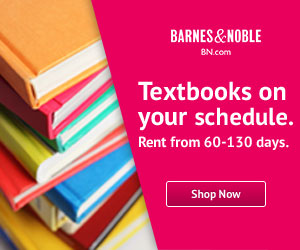 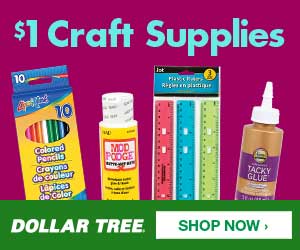 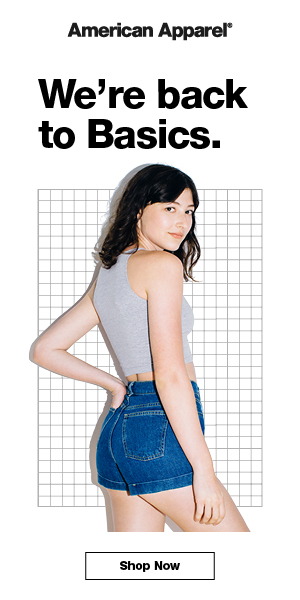 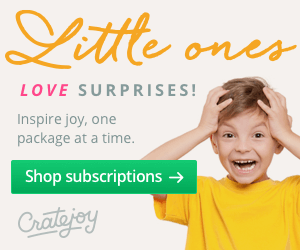 I may earn a commission off of some of the links on this website, this site also uses cookies to offer you a great user experience. By continuing to use girlslovebluetoo.com, you accept our use of cookies.AcceptPrivacy policy